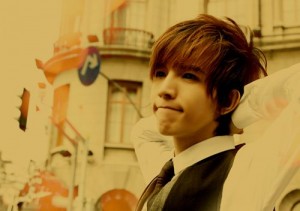 Guo Jingming (Chinese: 郭敬明; pinyin: Guō Jìngmíng; born June 6, 1983 in Zigong, Sichuan) is a Chinese YAwriter. In addition to being an author and businessperson, Guo is also a teen pop idol and popular celebrity figure. On the other hand, Guo is a polarizing figure. In 2007, he was voted on Tianya.com, one of the country’s biggest online forums, as China’s “most hated male celebrity” for the third year in a row. Yet three of his four novels have sold over a million copies each, and by 2007, he was one of the best selling authors in China. 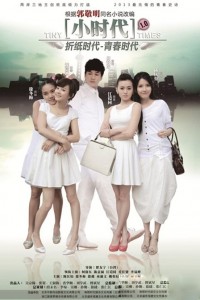 Guo Jingming is the president of Ke Ai Entertainment Company, which was established in 2004 by himself.  Ke Ai mainly produces teen magazines such as “Top Novel” and “Island”. In 2008, Guo Jingming signed a contract with Tian Yu Entertainment Company. Soon after, Guo was hired by Changjiang Publishing House in 2009 as a vice editor. Guo Jingming was the youngest member in China’s Writers Association when he was just 23 years old. Guo is also a screenwriter and film director. Guo wrote and directed Tiny Times, Tiny Times 2 and Tiny Times 3, all are based on his own novels.