Cha’s fiction, which is of the wuxia (“martial arts and chivalry”) genre, has a widespread following in Chinese-speaking areas, including Hong Kong, China, Taiwan, Southeast Asia, and the United States. His 15 works written between 1955 and 1972 earned him a reputation as one of the finest wuxia writers ever. He is currently the best-selling Chinese author alive; over 100 million copies of his works have been sold worldwide (not including unknown numbers of bootleg copies).

Cha’s works have been translated into English, French, Korean, Japanese, Vietnamese, Thai, Burmese, Malay and Indonesian. He has many fans abroad as well, owing to the numerous adaptations of his works into films, television series, manhua (comics) and video games.

His works show a great amount of respect and approval for traditional Chinese values, especially Confucian ideals such as the proper relationship between empire and subject, father and son, elder brother and younger brother, and (particularly strongly, due to the wuxia nature of his novels), between master and disciple, and fellow disciples. However, he also questions the validity of these values in the face of a modern society, such as ostracism experienced by his two main characters— Yang Guo‘s romantic relationship with his teacher Xiaolongnü (which was considered highly unethical) in The Return of the Condor Heroes. Cha also places a great amount of emphasis on traditional values such as face and honour… 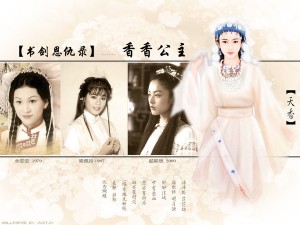 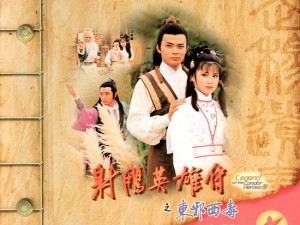 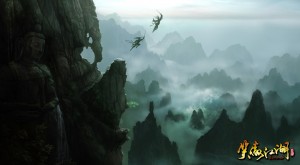