Pinyin, or Hanyu Pinyin, is the official phonetic system for transcribing the Mandarin pronunciations of Chinese characters into the Latin alphabet in mainland China, Taiwan and Singapore. It is often used to teach Standard Chinese and a pinyin without diacritic markers is often used in foreign publications to spell Chinese names familiar to non-Chinese and may be used as an input method to enter Chinese characters into computers.

The Hanyu Pinyin system was developed in the 1950s based on earlier forms of romanization. It was published by the Chinese government in 1958 and revised several times. The International Organization for Standardization (ISO) adopted pinyin as an international standard in 1982. The system was adopted as the official standard in Taiwan in 2009, where it is used for romanization alone rather than for educational and computer input purposes. 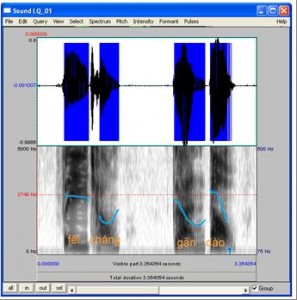 History of Hanyu Pinyin (1949 to present)

Pinyin was developed as part of a Chinese government project in the 1950s. One of the prominent figures was Zhou Youguang, who is often called “the father of pinyin”, as he led a government committee in developing the romanization system. Zhou was working in a New York bank when he decided to return to China to help rebuild the country after the establishment of the People’s Republic of China in 1949. Zhou became an economics professor in Shanghai, and in 1954, when China’s Ministry of Education created a Committee for the Reform of the Chinese Written Language, Zhou was assigned the task of helping to develop a new romanization system.

Hanyu Pinyin was based on several preexisting systems: (Gwoyeu Romatzyh of 1928, Latinxua Sin Wenz of 1931, and the diacritic markings from zhuyin). “I’m not the father of pinyin,” Zhou said years later, “I’m the son of pinyin. It’s [the result of] a long tradition from the later years of the Qing dynasty down to today. But we restudied the problem and revisited it and made it more perfect.”

A first draft was published on February 12, 1956. The first edition of Hanyu Pinyin was approved and adopted at the Fifth Session of the 1st National People’s Congress on February 11, 1958. It was then introduced to primary schools as a way to teach Standard Chinese pronunciation and used to improve the literacy rate among adults.

Beginning in the early 1980s, Western publications addressing Mainland China began using the Hanyu Pinyin romanization system instead of earlier romanization systems;  this change followed the normalization of diplomatic relations between the United States and the PRC in 1979. In 2001, the PRC Government issued the National Common Language Law, providing a legal basis for applying pinyin. The current specification of the orthographic rules is laid down in the National Standard GB/T 16159-2012.

Above exerpt by Wiki