Every year, in northeast China’s Heilongjiang province, the city of Harbin hosts the Harbin International Ice and Snow Sculpture Festival, featuring massive ice and snow sculptures—more than a million visitors are anticipated this year. At night, the sculptures are colorfully illuminated and visitors can climb and play on some of the structures. The festival officially opened on January 5, and will run through the end of February. 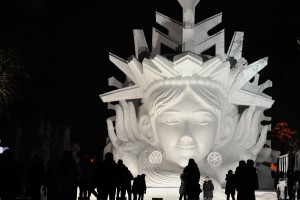 2, Visitors walk through the China Ice and Snow World during the Harbin International Ice and Snow Festival on January 5, 2016 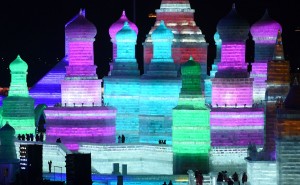 3, Visitors look at snow sculptures before the opening ceremony of the Harbin Ice and Snow Festival on January 4, 2016. 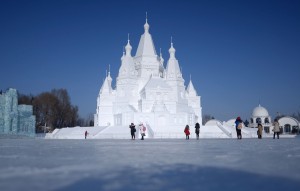 4, A worker polishes an ice sculpture ahead of the festival in Harbin on January 4, 2016. 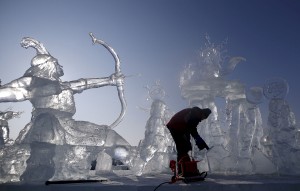 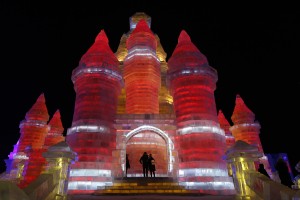