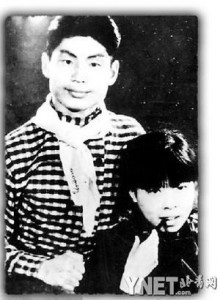 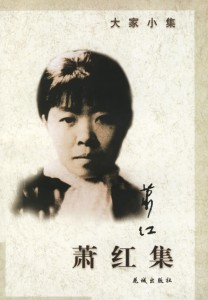 Xiao Hong was one of the best writers in modern Chinese literature. Her short stories, which are related to her novels in theme, characterization, and style, are essential to understanding both Xiao Hong as a Chinese woman writer and her creative development. This collection contains nine of her most representative short stories arranged in chronological order.

“The Death of Wang Asao” was Xiao Hong’s first attempt at fiction and was a collaboration with her common-law husband Xiao Jun. It actually appeared in their self-bound anthology of short stories and essays, Trudging, in 1933. The story is lyrical as well as class-conscious. It portrays the tragic death of Wang Asao under the cruelty of Landlord Zhang. Wang Asao has three children, but they all die. She adopts the homeless waif Little Huan as her daughter. Her husband, Big Brother Wang, is docked a year’s pay by Landlord Zhang because the horse he is using to work for the landlord breaks its leg. He is driven crazy by anger and burns to death in a haystack fire set at the order of Landlord Zhang. Then the pregnant Wang Asao is kicked by Landlord Zhang and dies in childbirth. The story ends with Little Huan, again homeless, rolling on the ground and bawling like a baby. Despite their sympathy for the dead, the other farmhands never come to see the cause of their deaths, and they even praise Landlord Zhang for his compassion.

“The Bridge” (1936) shows Xiao Hong’s unmistakable feminine style. Through poetic fluidity and musical refrains, Xiao Hong recaptures the tragic fate of a Chinese woman who is called by her husband’s name, Huang Liang, adding the diminutive “zi.” Huang Liangzi is married to a poor man and bears a child on the eastern side of the bridge, but she has to nurse a rich man’s child on the western side of the bridge. The callings from the both sides torture her, split her personality, and confuse her mind. In the end, her own child falls from the bridge into the ditch and drowns. By using expressionistic images, the author subtly questions the inequality between the rich and poor without didacticism.